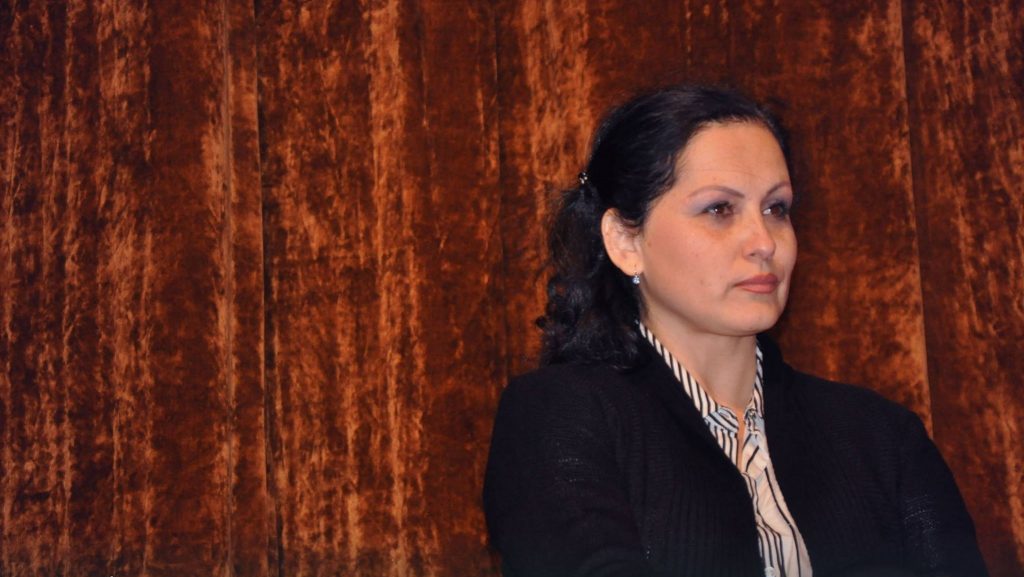 Anisa Ismajli is an Albanian actress, who has graduated from the Faculty of Arts of the Public University of Pristina in the class of Professor Faruk Begolli. The actress is often seen in the theater booths and in film scenes laughing, sometimes crying, being cheerful and sometimes sad by interpreting different roles. Kindness, humanism and positive energy, are features that describe her and give meaning to her name Anisa!

Since she was very little, Anisa had always dreamed of becoming an actress and famous. Moreover, often the family has caught her playing roles in secret, in a single room. But, today, as a professional actress, way beyond acting, she has found various forms to reach out to women who are unable to raise their voice.

“Family members or society, I believe, she states, are not surprised and they often say to me: oh really, you are the one standing in front of (fighting for) other women” … they know and support me,” describes Anisa the reactions of her loved ones when she supports other women.

For Anisa, the poverty of women, especially those with children, is unacceptable. She tries so hard to bring a light radius to many single mothers and families in need from Kosovo by carrying out fundraising campaigns. She is also a volunteer at the Mother and Happy Child organization, who collect funds for homeless, battered and single women.

On her birthday, she never accepts gifts from friends, but organizes a party and asks her friends and the family to donate money for one self-supporting mother. This mini-campaign of Anisa has resulted in many successes, but has also raised awareness of the people for providing for the needs of humanity and also for the provision of love towards others. Apart from this campaign, Anisa in January 2017 raised funds for one family, victim of the recent war

She stayed under extreme weather conditions of -17 degrees Celsius in front of the Post Office in the neighborhood of Sunny Hill in Pristina just to receive some goods that others were providing. She did the same thing on December 13, 2017, where she decided to stand in front of her apartment in order to raise funds for a poor family from Vushtrri.

Devoted to helping others to empower single mothers, she often speaks with her children, Dalmatin and Melisa for equal treatment between gender roles and the importance of gender justice. ”’Empowerment’ is a great word, and to be honest it sounds also beautiful… it implies an order to just apply it and that’s it! Men have to support it, to really support it and not just mumble the vain words that one day is going to “be better”.

Anisa is currently working as a producer on Public Radio Television of Kosovo, but she has not abandoned her profession as an actress. She has also played in several films and serials such as ”Kukumi” in the role of Mara, ”Life of a Land” (2002) (serial), “Where the sun does not rise“ (1996) (serial), ”Vesa” (1996). In addition to acting, Anisa has found a way to release her positive and negative emotions. She likes to write about everything that surrounds her, how she feels, people she likes to stay with. To unfold the reality of her fantasy from a woman in poetic prose, she has published the book named “Moments”, as a personal diary that collects moments of happiness, sadness, imagination and the most intimate moments of an actress. The book was promoted within the second edition of the “Femmes Fatales” Festival, organized by ARTPOLIS.